ellalxn@hshstone.com
If you own something you cannot give away, then you don't own it, it own you.
Home/FAQ

How many square meters can be loaded by 20GP container ?

How to start our business with your company?

First, kindly view our website
Second, choose what you like, in items, colors, measurement
Third, Contact us, then we quote the price for you
Fourth, if you like to order our goods for your projects
You need tell us details including size, color, quantity, that would be better that you offer us drawing
Fifth, if you just only like to start this stone business, don’t worry, kindly tell your idea, we would have our experienced Staff to service you! We would tell you what is popular items in your country and answer you all questions
Sixth: you just only tell us what you need, we can do best for you

Can we order different colors of stone inside one container?

Yes, it is not problem for us.

Any port in China. Usually, we load containers in Xiamen Port.

What is the approximate delivery time for one 20′ container?

According to your order, before placing your order please check this detail with us.

Can we get samples?

Free samples are available from us, only express fee of the samples needed.

Why the Marble Color Change to Yellow

Stone railings are safety facilities on bridges and buildings

Stone railings have the advantages of beauty, fashion, environmental protection, anti-aging and non-deformation. They can be widely used in municipal, water conservancy, parks, traffic bridges, river protection, villa decoration and other projects.

Among them, the glossy marble vase column gives a very clear and atmospheric feeling in the building, which is generous. The line-shaped column has its unique decorative line of marble vase railings, which is simple and clear, revealing the ancient civilization, giving people a sense of patchwork. The sculptural column gives a feeling of superiority and luxury, and the aesthetic concept of modern people. In the middle, a large number of buildings using sculptural components are used.

The difference between marble and granite

The difference between marble and granit

Marble and granite are same natural stone, how is the different between them.

Marble is a type of metamorphic stone formed from limestone slabs regardless. Its main component is calcite (crystalline form of calcium carbonate, CaCO3).

Granite is composed of a volcano lava in the molten state is under considerable pressure to the surface crust uplift, magma tectonic rock burst to the surface, and slowly cooling solidification in the ground form, is a kind of deep into acidic igneous rocks, which belongs to the magmatite (Huo Chengyan). Granite, quartz, feldspar and mica as the main component.

What is Natural Stone?

Natural Stone” refers to a number of products quarried from the earth, used over many thousands of years as building materials and decorative enhancements. These products include Granite, Marble, Limestone, Travertine, Slate, Quartzite, Sandstone, Adoquin, Onyx, and others. They are more than just rocks – natural stone is hand selected from the best, most consistent sources for durability and beauty.

Natural stone products differ in composition, color, and texture even among pieces from the same source. This is usually considered a benefit, lending itself to one of a kind designs and distinctive, dramatic applications.

How to Protect a Natural Stone Health

The health, or floor section directly in front of the fireplace, is particularly prone to staining from soot and ash. A natural stone hearth, either in slab or tile form, can be permanently stained if not sealed on a regular basis. Because natural stone is made up of numerous, microscopic pores, ash, soot and other stains can go below the surface of the stone where they cannot be wiped away. A good impregnating sealer fills those small holes to keep stains on the surface where they can be easily cleaned off.

Clean it Properly
Before the stone can be sealed, it needs to be clean and free of any ash, soot, oil, dust or other debris that could be sealed into the surface of the stone. Use a stone cleaner and a soft cloth to clean the entire surface of the hearth. A cleaner designed for stone will also help prolong the life of the seal. Surfactants in soaps can break down the seal over time, which can leave the stone vulnerable. A neutral PH cleaner designed for stone will not only clean the stone prior to sealing it, it will help to protect the stone over time.

Choose the Right Sealer
There are many types of natural stone. Granite is harder and denser than marble, which is harder and denser than limestone. Make sure you use a sealer designed for the stone you have. Sealers come in both water and silicone bases. A water-based sealer has fewer VOCs, but will not seal as well as a silicone-based sealer. For extremely porous stones, like limestone, special, deep-penetrating sealers made of silicone are necessary to fill all the holes. Granite, however, can frequently use a less intense sealer and still achieve the same protection.

Apply it Properly
After cleaning the stone, allow it to dry completely. An unsealed stone will absorb some water or moisture during cleaning. This will temporarily darken the color of the stone. Wait until the stone has returned to its natural color before sealing to ensure the pores are open and ready to receive the sealer. Paint the sealer on with a foam paintbrush. Overlap each stroke slightly, and fully saturate the surface of the stone. Look at the hearth from an angle to check for dry areas and ensure that you don’t miss any spots. Let the sealer penetrate the stone for 10 minutes, then buff away the excess with a soft cloth. If the sealer dries for longer than this, apply additional sealer. The sealer will emulsify itself, allowing you to buff it away in a few minutes.

Reseal as Needed
The length of time that you need to go between sealing applications varies from hearth to hearth. The type of stone, the type of sealer you use and the type of cleaner you use will all affect how soon the stone will need to be resealed. To check the seal on the stone, sprinkle some water on its surface and wait a few minutes. On well-sealed stone, the water will bead up on the surface of the stone and will not darken where the it was applied. A stone that requires a new coat of sealer will absorb the water. Check the hearth a few times a year for the first year to determine how often you need to reseal, until you know approximately how often it will need to be required.

Why the Marble Color Change to Yellow 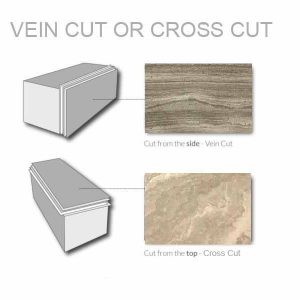 There are many surface treatment of stone. It can be used according to the actual needs of users or in combination with the current architectural decoration to pursue nature, return to ancient times, and actual performance. The surface include: natural surface, Polished surface, Flamed surface, Line Chiseled surface, Bushhammered surface, Antique surface , Honed surface.

Stone railings are safety facilities on bridges and buildings

Stone railings have the advantages of beauty, fashion, environmental protection, anti-aging and non-deformation. They can be widely used in municipal, water conservancy, parks, traffic bridges, river protection, villa decoration and other projects.

Among them, the glossy marble vase column gives a very clear and atmospheric feeling in the building, which is generous. The line-shaped column has its unique decorative line of marble vase railings, which is simple and clear, revealing the ancient civilization, giving people a sense of patchwork. The sculptural column gives a feeling of superiority and luxury, and the aesthetic concept of modern people. In the middle, a large number of buildings using sculptural components are used.